The Most Trusted & Experienced immigration Consultants

Our immigration experts are here to assist you through all the stages of your process, help you understand the eligibility, prepare the documents, and plan your next step towards a fruitful life in Canada or Australia.

Now looking at recent years, 2021 welcomed a total of over 405,000 immigrants. It was a record-breaking target compared to its former years. Similarly, 2022 estimates to see at least 432,000 immigrants by the end.

The number of new immigrants to be accepted by Canada each year is determined by these immigration-level plans only. It also keeps in mind various aspects such as growing the Canadian economy, reconciling households, etc. while creating the plan objectives.

Targets for PNP and Express Entry will significantly rise

Most new permanent residents enter the country via programs for different economic classes, such as those in the Express Entry system or via PNPS.

Are you eligible to apply?

The PNP will maintain to be Canada’s top program for enrolling immigrants from lower socio-economic backgrounds, and its goals will also rise to:

Under the Spouses, Partners, and Children program, Canada will keep trying to accept about 80,000 new immigrants each year.

Check Your Eligibility for Canada

Humanitarian and refugee populations are expected to shrink.

Under the Immigration Levels Plan, refugees and humanitarian-class immigrants also receive funding. Canadians have a long history of granting sanctuary to refugees who are escaping dangerous conditions in their native countries.

Due to its continuous efforts to accomplish many programs, such as accepting almost 40,000 Afghan migrants, Canada now has high humanitarian class targets.

The immigration strategy of Canada

In the 1980s, Canada’s present immigration policy started to take shape. The administration at the time did not plan as far ahead and frequently based immigration objectives on the stability of the economy.

Canada received less than 90,000 immigrants in 1984. The Canadian government, led by the Conservatives, anticipated a labor shortage in the early 1990s and upped immigration objectives to 250,000 new permanent residents in just eight years.

The succeeding Liberal administration expanded on these goals but, as a result of a financial crisis, started to emphasize welcoming more immigrants from the economic class and lowering Canada’s proportion of immigrants from the family and humanitarian classes.

In 2020, it was challenging for the IRCC to process applications due to border closures and other travel restrictions. Nevertheless, Canada exceeded its goal for immigration in 2021 and admitted 405,000 more permanent residents than ever before. These goals were met thanks to the Canadian Experience Class and Provincial Nomination Programs’ generous slot allocations (PNPs).

In addition to a labor deficit, Canada is currently experiencing a rare time of roughly one million open positions. Both serve as catalysts for the nation’s expanding immigration goals.

Canada has one of the world’s lowest rates in the world, at 1.4 children for every woman. This has an additional negative influence on labor shortages. Immigration will eventually become the only option for Canada’s population and working population to expand owing to the slow spontaneous increase in population (the birth rate still surpasses the number of deaths each year). In addition, Canada needs immigrants to keep its tax base robust, which is important for funding necessities like healthcare and education.

The population of Canada is among the oldest in the world. By 2030, nine million individuals, or over one-fourth of Canada’s population, will be of retirement age. Because of this, there will be a severe labor shortage in all spheres of the economy.

According to the Immigration and Refugee Protection Act (IRPA), which is Canada’s primary immigration statute, the government is required to announce the Immigration Levels Plan each year by November 1. The 2022–2024 immigration levels plan was the second to be released in 2022, the first having been in February following the post–most recent federal election announcement being postponed until September 20, 2021.

Increase in ITAs in the Latest Express Entry Draw 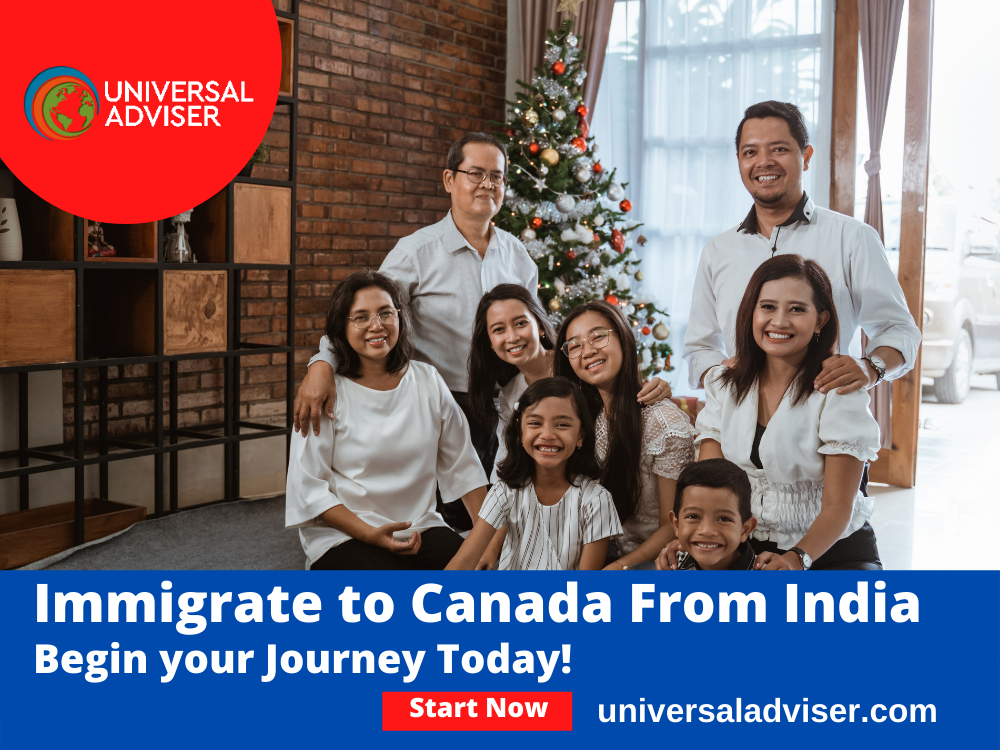 Also, press the button below to start with your immigration process right away, with the best Canadian Immigration Consultants in India.

Know All About Canada Visa?

Get in Touch With Us

Talk to an Expert

Need Help ?
Fill below form and we will call you back

Talk to an Expert